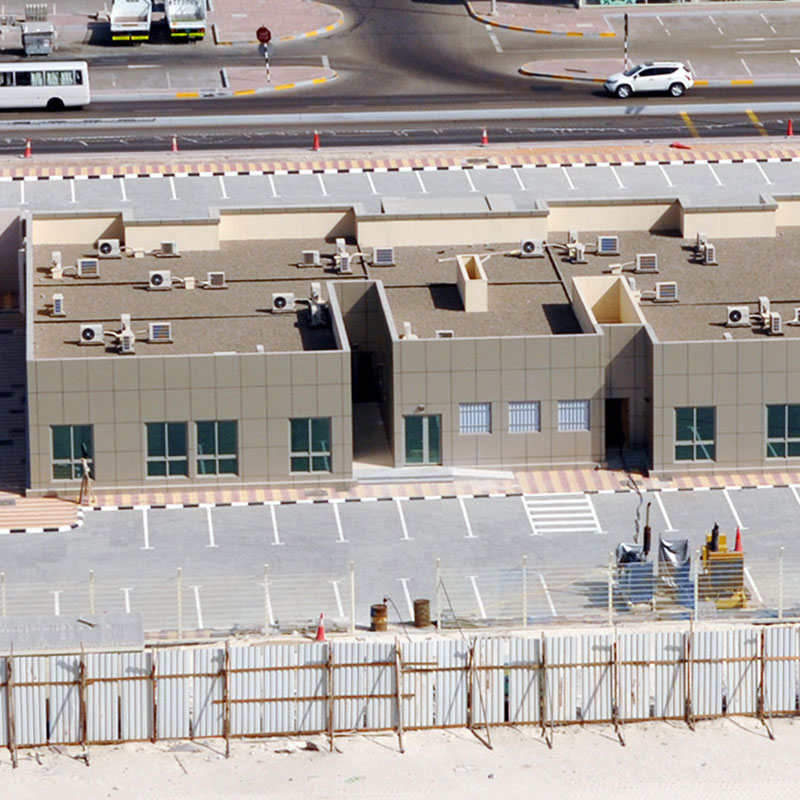 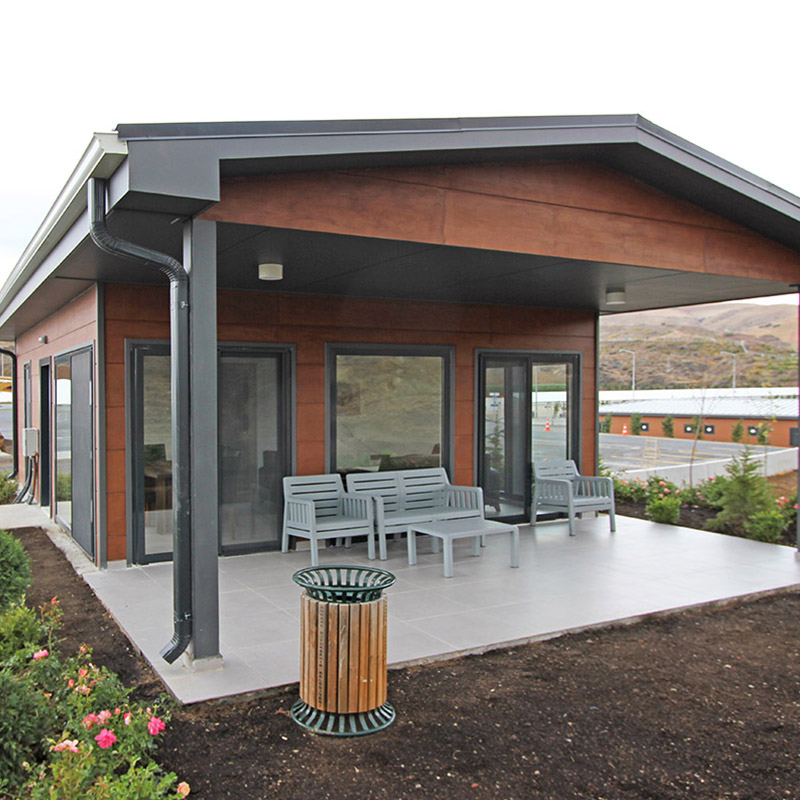 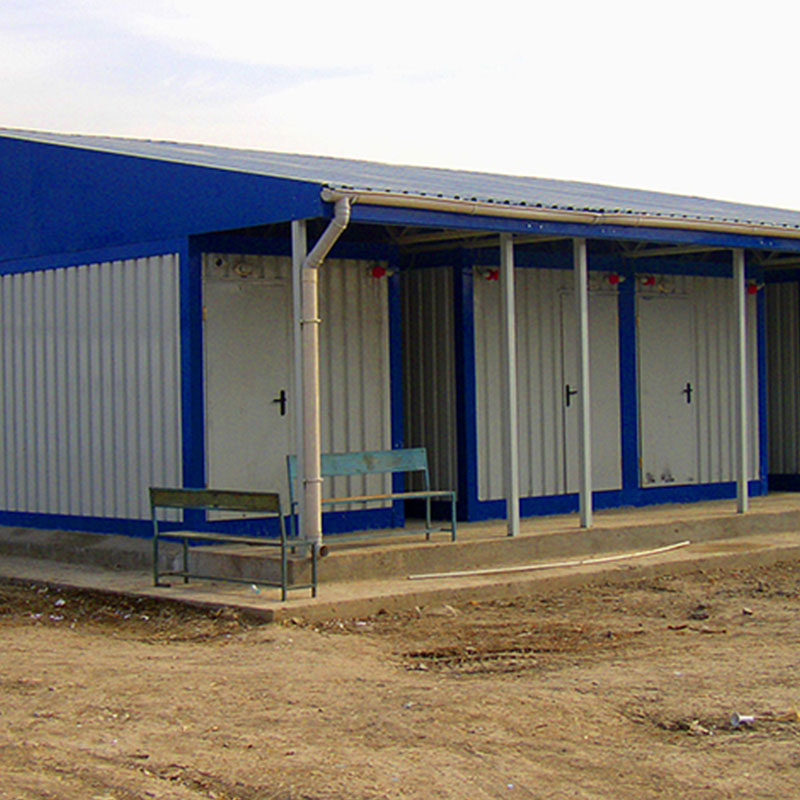 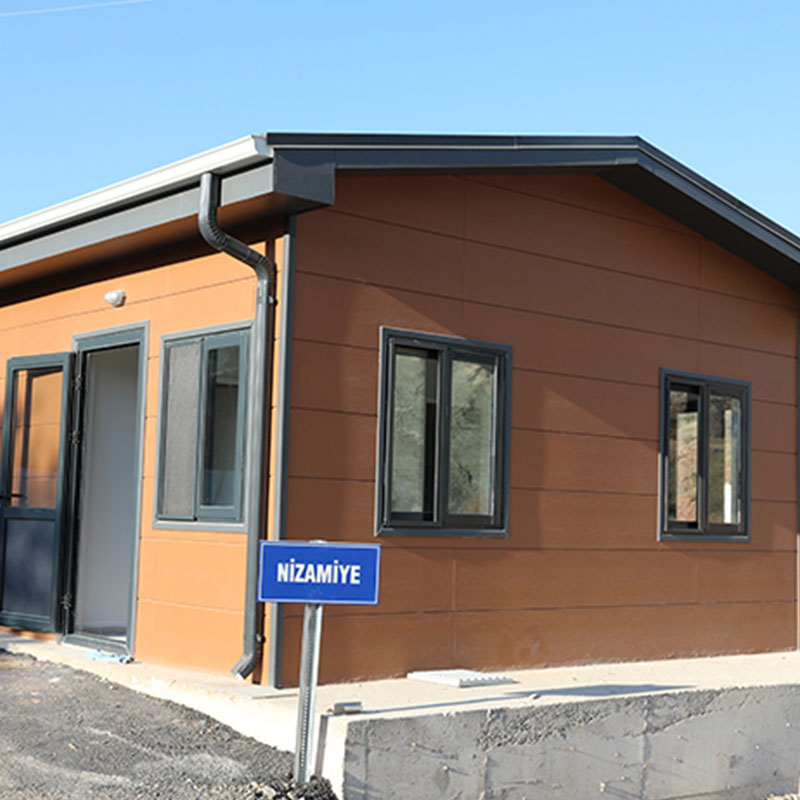 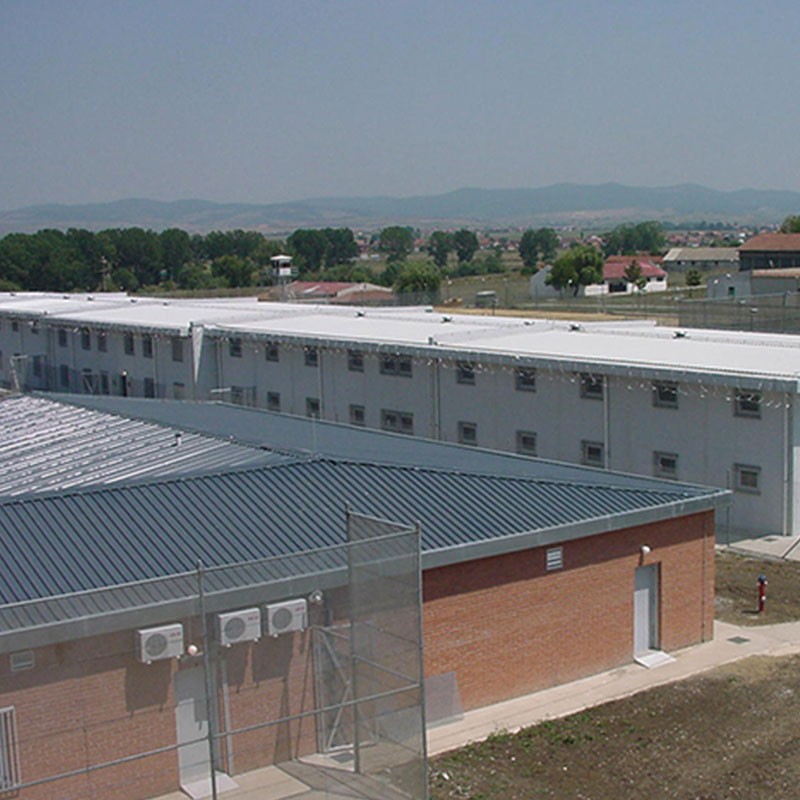 The production and turnkey construction of strategic buildings delivered to the UAE (United Arab Emirates) / Ministry of Interior were completed by Dorçe Prefabricated. The construction of the outpost buildings was completed by using the Prefabricated Modular Steel Building system to provide resistance to severe climatic conditions such as +50 degrees Celsius and beyond.
Water tank, heating-cooling system, generator, kitchen, office, WC, shower, accommodation, system and CCTV rooms have been provided in these strategic buildings within the scope of the project. Some structures are bulletproof.

It is a completed project to be used as a police academy in Afghanistan. Engineering and superstructure works were carried out by Dorçe Prefabricated. Polygon was also included In the project within the scope of special technical specifications.

Prefabricated steel center prison project was completed in Kosovo For the United Nations (UN). Dorçe Prefabricated, as the United Nation’s approved supplier for more than 20 years, also fully complies with the 10 principles of the United Nations regarding Human and Employee Rights, Environment and Fight Against Corruption within the Global Compact. The building completed with the Prefabricated Modular Steel Building system has a building area of ​​10 thousand square meters. Within the scope of the project, high security rooms, bulletproof sections, electronically controlled access systems, hand and face recognition systems, integrated CCTV and satellite communication systems were provided by Dorçe Prefabricated.