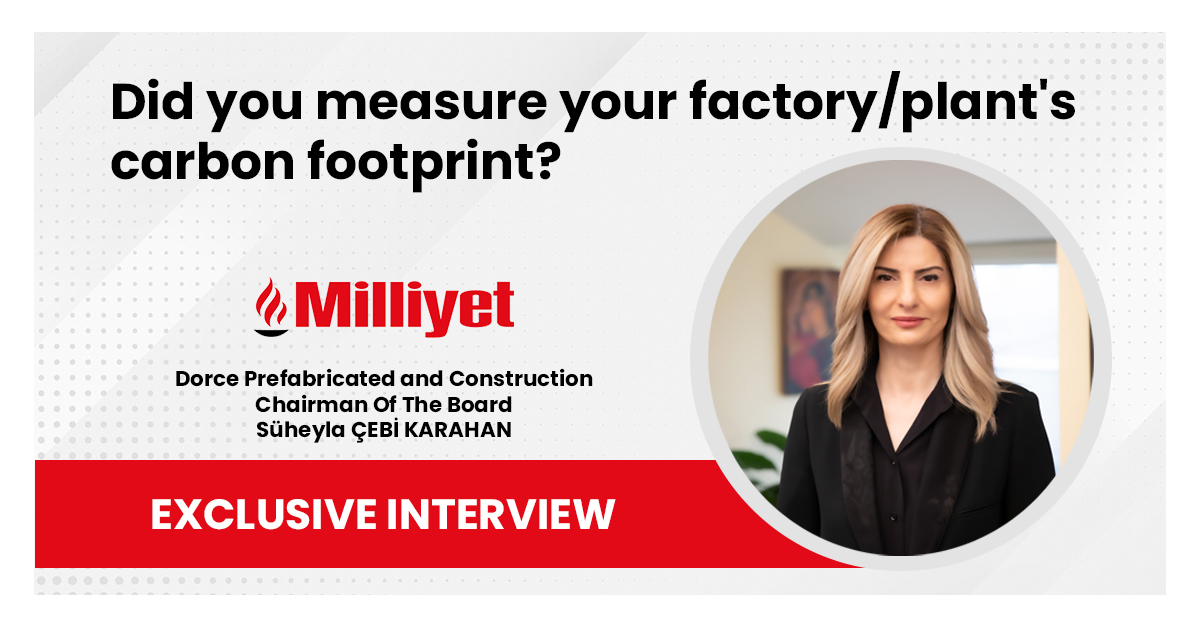 Did you measure your factory/plant’s carbon footprint?

The first thing the Grand National Assembly of Turkey did as soon as it opened was to give the approval to the Paris Climate Agreement, which was accepted in 2016. Thus, we can say that Turkey’s journey towards zero carbon has officially begun. It will be a process in which we will observe how the adaptation of the sectors and companies to the ‘green transition’ will progress in line with Turkey’s commitments. Because the intended transformation will not take place by just saying “I love and protect our nature”. We are talking about a transformation in which planting trees will not be enough and companies will face sanctions if they do not reduce their carbon emission in a given period of time.

In Turkey, there are few companies that have already started to adapt the EU Green Deal beforehand. Dorce Prefabricated Building & Construction, which has also been involved in many international projects abroad, is the first company in its sector to receive the “ISO 14064 – Greenhouse Gas Verification Statement”. In a meeting I attended, I saw Süheyla Çebi Karahan, The Chairwoman of Dorce and also the Vice-President of the Turkish Contractors Association, accepting congratulations for the certificate DORCE production facility received, and warning her colleagues that they would have difficulty in doing business abroad and they would pay burdensome costs in the near future if they do not act swiftly. After the approval of the Parliament, I asked Karahan, about the journey of her own manufacturing plant as well as the obligations and challenges:

“We work internationally. Global companies such as BP, Shell, Exxon Mobil have already added carbon footprint declaration certificate to their specifications. Such companies request it for both supply and subcontracting contracts. This fact has two pillars. First, companies with high carbon gas emissions are global companies. They already emit huge amount of carbon emission while extracting oil, and they cannot reduce it. As a solution, they propose ‘I work with a lot of suppliers and subcontractors, they can reduce on behalf of me since we work together.’ The second is that it will be an obligation within three years. “Even if not requested in specifications of international companies, The EU will soon implement burdensome tax regime while sending goods if you don’t have a Carbon Footprint Declaration Certificate. You won’t be able to send goods anyway.”