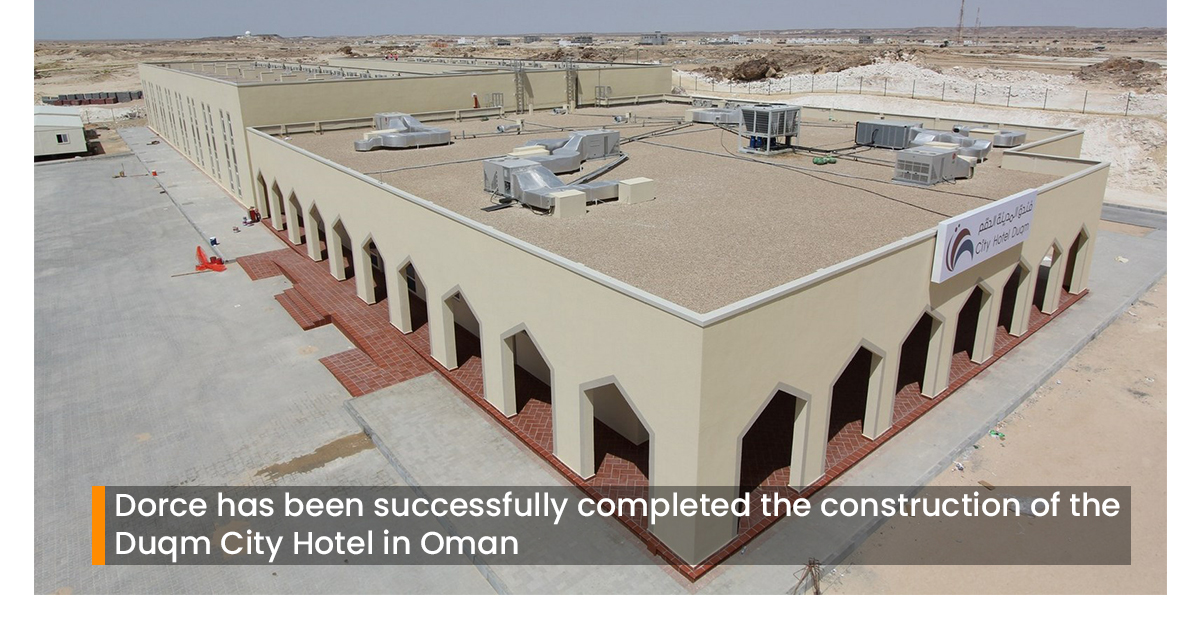 Dorce has been successfully completed the construction of the Duqm City Hotel and the grand opening ceremony was held on January 1, 2013, at which the Dukum City Hotel opened its doors to the guests of Al Dukma. The opening ceremony was attended by the Prime Minister of Oman, Fahad bin Mahmoud, Secretary-General of the Council of Ministers of Oman, Al-Fadl bin Mahammed Al-Harti, Minister of Tourism Ahmed bin Nasser bin Hamed Al-Mahrizi, Governor of Wosta Nasser Muaadhadh bin Mohammed Al-Yakubi and Chairman of the Board of Directors of the Oman Tourism Development Company and Secretary-General of the Ministry of Oil and Natural Gas Nasser bin Hamis al-Jashmi. During his speech, The Secretary General of the Council of Ministers of Oman stressed that the Duqm City Hotel will be a model for the development and growth of the Duqm economy, adding that the project will attract the global investors in the region and contribute to the economy of the whole country. Al-Fadl bin Mohammed Al-Harty also mentioned that the hotel has been operated since May and postivie feedbacks has been already received from the customers.

The Hotel project which has completed within 180 days, includes 120 rooms, 5 deluxe rooms and 1 restaurant. The hotel attracts the customers with its services as well as being located near the port of Duqma, major oil refineries and industrial projects of the region makes the Hotel an essential place to accommodate.