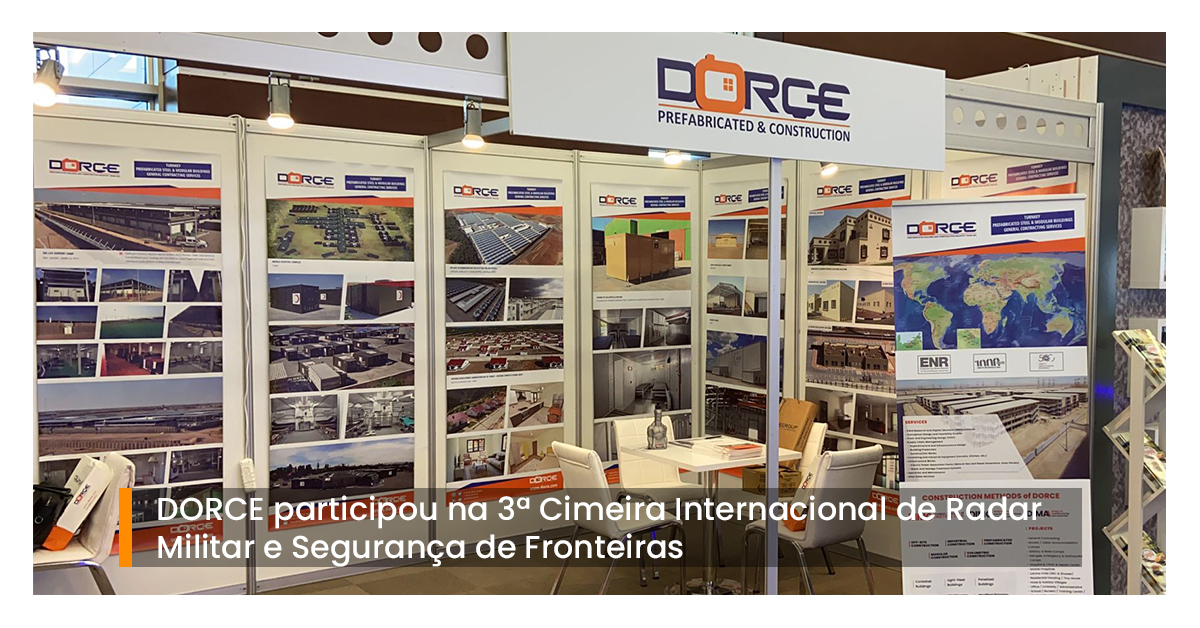 The 3rd International Military Radar and Border Security Summit (MRBS), organized by MUSIAD Ankara, was held at Hacettepe Beytepe Congress Center on October 5-6, 2021. For more than 40 years, DORCE has been around as a solution partner for the armed forces, security forces, domestic and international defense industry organizations with turnkey prefabricated modular military camps, pre-engineered steel hangars and customized design projects.

Around 100 companies, including the leading companies of the defense industry, attended the summit, which brought together military attachés and procurement committees of 22 countries, including the USA, Spain, and Japan, as well as domestic manufacturers.

Defense Industry Projects Combining 40 Years of Experience with Technology
Dorce Prefabricated Building & Construction, with its turnkey prefabricated modular, military camps, pre-engineered steel hangars and customized design projects, has been among the important solution partners of the armed forces, security forces, domestic and international defense industry for more than 40 years. Bullet Resistant Guard Booth and turnkey military camps are among the prominent projects of the brand. As a result of its R&D activities, the company has the ability to complete assembly processes in two hours without using any equipment in many projects. In addition, field hospitals, which are manufactured as bulletproof and explosion-proof in terms of external equipment, are prepared in accordance with climate and strategic specifications. Some types of projects executed by Dorce;

Airportable Containers (HTK) are at your Disposal
Airportable containers (HTK) has appeared as a result of an important R&D process. It can be assembled easily by hand in any environment without help of any hand tools or equipment. 120 modular units can be manufactured and made ready for shipment in a day.

Dorce also manufactures and delivers structures consisting of pre-manufactured heavy steel buildings for many regions of the world. Dorce undertook the design and construction work for the Japanese army in Djibouti. Within the scope of the project, the F-16 aircraft type Hangar project was completed using heavy steel structure systems in a very short time.

These modules are designed and manufactured by DORCE to provide security in a short time. Owing to fast assembly and low maintenance costs, they are suitable for all areas such as military operation zones, military base areas, prisons, border areas.

These bullet resistant modular structures have been designed by DORCE R&D Center to meet the needs of military personnel providing the necessary ballistic resistance. Their design allows them to be easily transported and installed in a very short time.