Dorce is everywhere where life exists 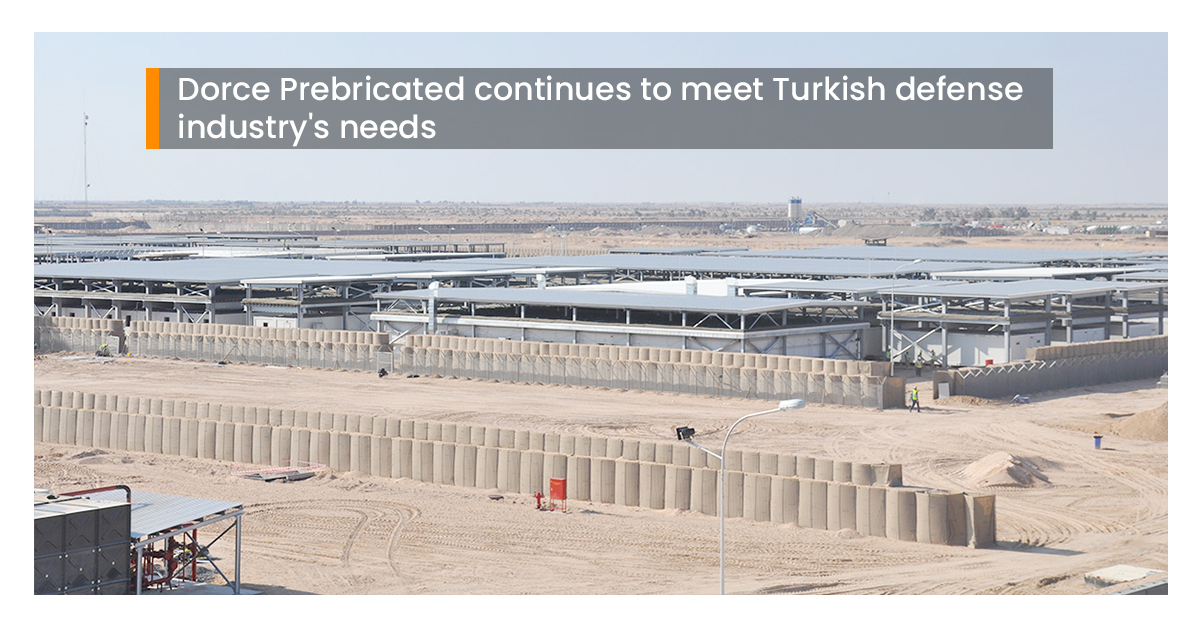 The importance and reputation of the prefabricated building systems in the global market are further increasing with each day passing in the light of recent developments, which is a combination of developing technology and production techniques.

Dorce Prefabricated Buildings&Construction carries out rapid supply and logistics and assembly services to the most challenging regions with tailor-made productions and high production capacity. Dorce undertakes projects for institutions such as the United Nations, NATO, and the Turkish Armed Forces in Africa, the CIS region, Middle East countries, and Turkey.

DORCE, developed portable “turnkey” solutions known as the “Airportable Container” for borders and military base areas and emergency and disaster areas in line with the needs of the defense industry. These containers can be easily assembled by hand in any environment, without the help of any hand tools or equipment. Our 40 years of know-how allowed us to transport them to the operation areas by Sikorsky helicopters and aircraft.

Our ultimate development on the basis of the defense industry can also be transported to all over the world as emergency settlement units after natural disasters such as earthquakes, tsunamis and floods, in order to provide oil, gas and mining exploration camps, and emergency health, shelter and food services in rural areas. These units are used as full-fledged clinic, WC-shower, care and rehabilitation centers, office and kitchen, as units that can accommodate 8 people with folding tables and chairs. It is designed to be bulletproof and explosion-proof in line with customer demands, and equipped with alarm, heating-cooling systems, CCTV systems, safety and warning systems.

Dorce also manufactures and delivers structures consisting of pre-manufactured heavy steel buildings for many regions of the world. Dorce undertook the design and construction work for the Japanese army in Djibouti. Within the scope of the project, the F-16 aircraft type Hangar project was completed using heavy steel structure systems in a very short time.

Mobile Container Tower, one of the latest production of the Company’s R&D studies, is designed to provide security in a short time by providing the opportunity to be installed in any area needed, such as military operation zones, military base areas, prisons, and border areas. It can serve even on 7 degrees inclined land.

The armored security cabin, on the other hand, is designed to be used at points where security needs to be ensured, such as consulates, governorships, district governorships, police stations, military buildings, police stations, bank centers and international meeting centers. Bulletproof materials are used in these cabins in order to provide comfortable working conditions while ensuring the life safety of the personnel with their ergonomic design.