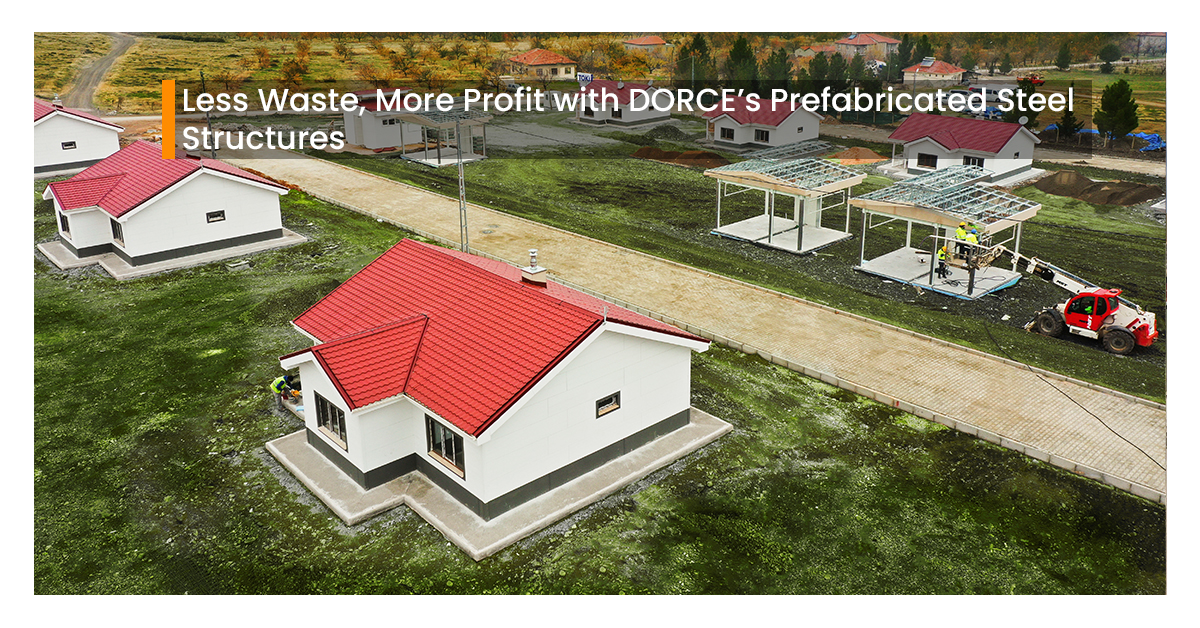 “Unlike traditional construction methods, DORCE produces the modules offsite and assemble them at construction site. In this way, much less waste is produced.”

One of the biggest issues faced by traditional construction companies is waste. In other words, around 30 percent of the total weight of the construction materials is wasted on site.

What differentiates DORCE’s prefabricated steel modular structures different from traditional construction is that the building modules are produced off-site and then assembled on-site. This method greatly reduces the amount of waste generated. According to a research study carried out by the Waste and Resources Action Programme (WRAP), off-site construction can reduce the waste up to 1.8%.

Structures built using traditional methods generate significant amount of waste during demolition. According to the US Environmental Protection Agency (EPA), more than 90% of the material used for the construction become waste after the demolition process.

Steel modular structures, on the other hand, offer the opportunity to create rebuildable and relocatable buildings. This new technology eliminates the demolition process and its cost if needed. Permanent modular structures also have a higher recycling rate. They can be reworked for anticipated projects in the future.

Noise pollution is minimized due to the fact that the vast majority of modular building construction is completed off-site in controlled factory environment.

Expossure to excessive noise from construction sites is not only annoying and frustrating, it can also cause hearing loss, hypertension, sleep problems and stress for neighbors as well as workers. For this reason, DORCE’s steel modular construction system is extremely useful for structures such as hospitals, schools and offices.

Additionally, building modules in a factory or similar environment requires pre-completed design. Our in-house R&D department largely prevents changes being made in the construction process. This saves time, money and energy.

Modular structures don’t require space as much as traditional methods do. Infrastructure arrangements are minimized. Thus this process requires much less energy. In addition, DORCE easily incorporates systems such as light sensors, energy-efficient windows, solar panels and high-efficiency HVAC into its modules for the energy saving.

Major part of potential errors are avoided since our modular structures are completed in a controlled factory environment. One of the biggest dangers for the construction is moisture. Moisture can be prevented by using dry materials inside our production facility. Thus, energy saving is achieved and material waste is reduced at the same time.

Traditional constructions result in high emission owing to the transportaion of heavy construction equipments and numerous workers to and from the construction site. With the modular structure, major part of the work is completed in our production facility, so emissions in construction sites are significantly reduced.

DORCE uses eco-friendly materials that reduce waste generation and environmental impact for its buildings. For a further reduction in wastes, new structures can created from already existing materials such as freight and shipping containers.