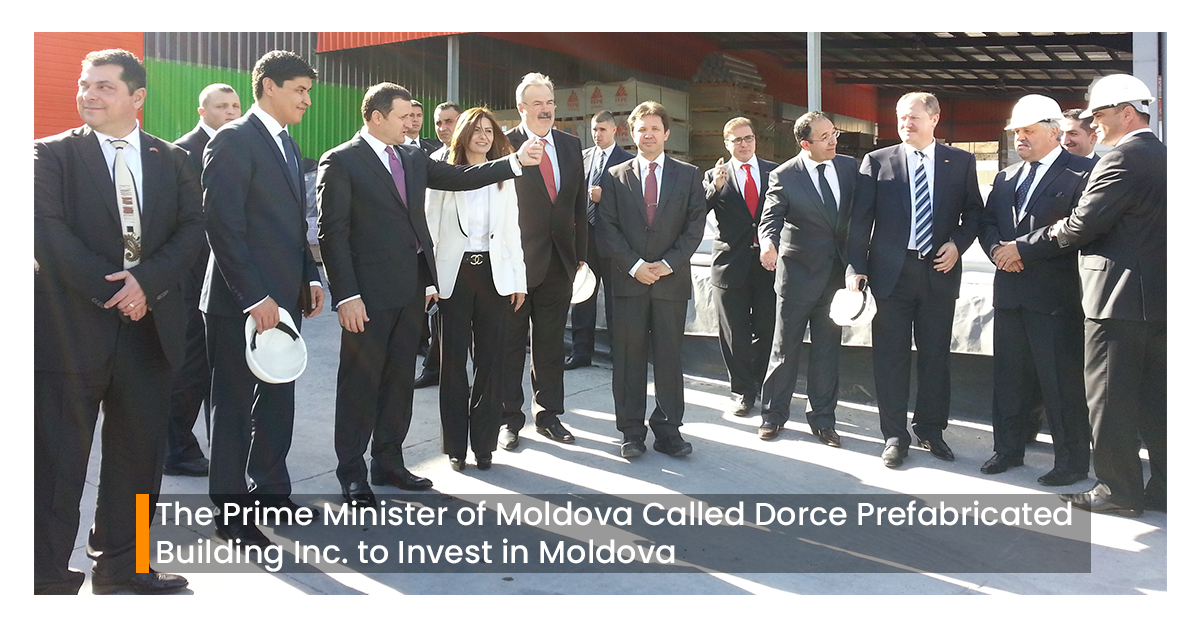 Prime Minister of Moldova Mr. Vladimir FILAT has visited the production facilities of Dorce Prefabricated Building Inc., during his official visit of our country with the purpose of increasing the trade volume between Turkey and Moldova.

Mr. Vladimir FILAT who is impressed by the production facilities of Dorce Prefabricated Building Inc. and by our completed projects which were completed with the contracting services of our company and our on-going projects,  has stated that Dorçe Prefabricated Building Inc. will be a leading company  within the scope of the expansion of the volume of trade between the two countries and within the scope of trade relations between the two countries and will take great investment opportunities in Moldova.